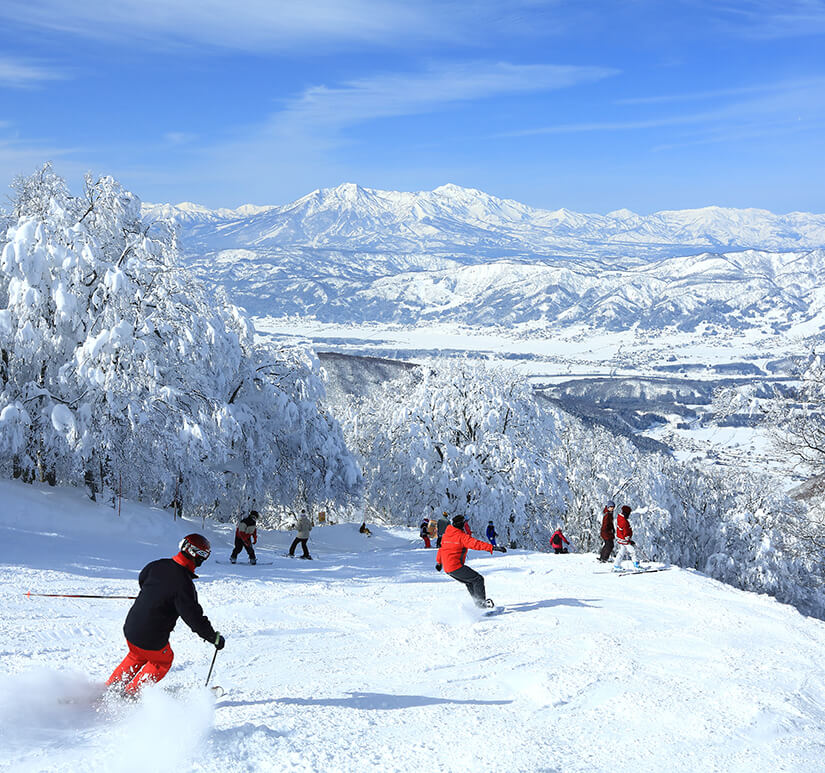 Nozawa-onsen village is located in the north of Nagano prefecture, and has been designated a part of Joshin’etsu Kogen National Park thanks to its beautiful scenery. 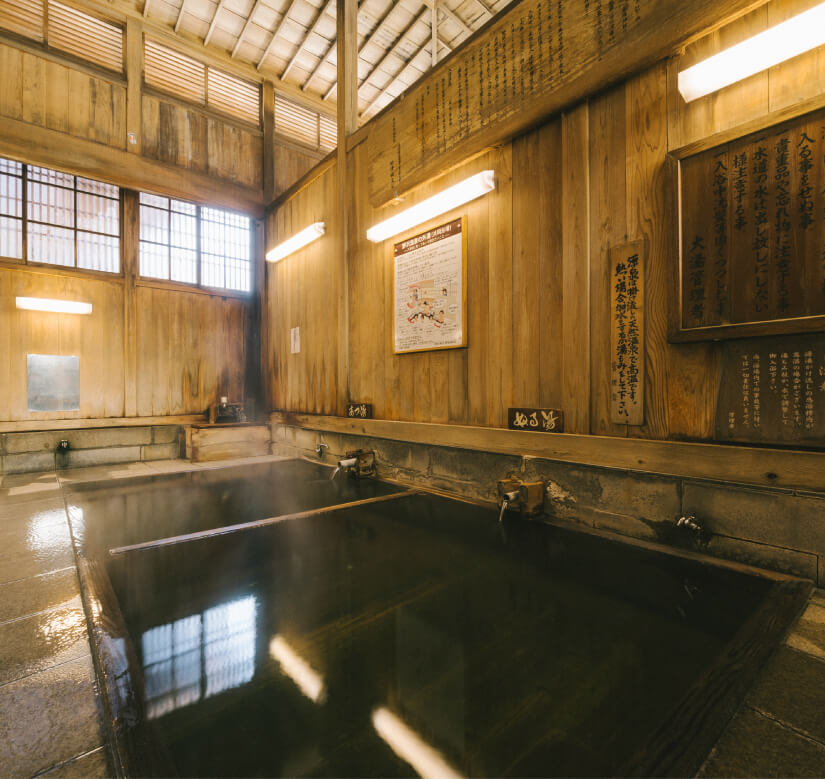 Famous for its historic and traditional ski resort, Nozawa-onsen village is well renowned among onsen (hot-spring) areas dotted around Japan.
An “onsen area” is a district with many natural hot-springs where hot water flows naturally from the earth.
The place where the hot water flows out is called the gensen. Nozawa-onsen-mura is a small village located at the foot of Kenashi-yama, a mountain that has a gensen at its center. 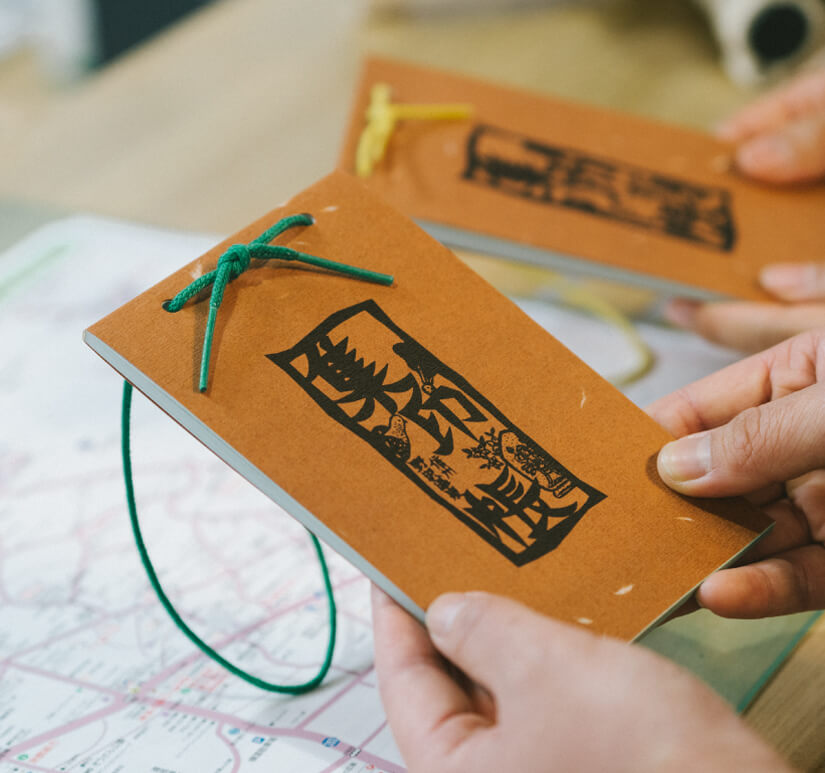 Shu-in means Stamp-trail.This Stamp-trail is different and unique.
Use special papers naming “Shu-in-cho” together, light blue paper on top and white one underneath.
When you get to each point place the papers together on the metal board and rub it with the stick.
When you rub it, hold the papers and make sure the papers don't move.
After you collect 10 stamps on your notebook, bring it to the Nozawa Onsen Tourism Association.
You will receive Original Nozawa onsen towel (more than 10 prints) or Soto-Yu Japanese towel (more than 20 prints) as a gift.
*** About Stamp-trail in winter ***
Due to snow, you might not be able to collect some stamps in winter season. Please ask us or at your place of accommodation. 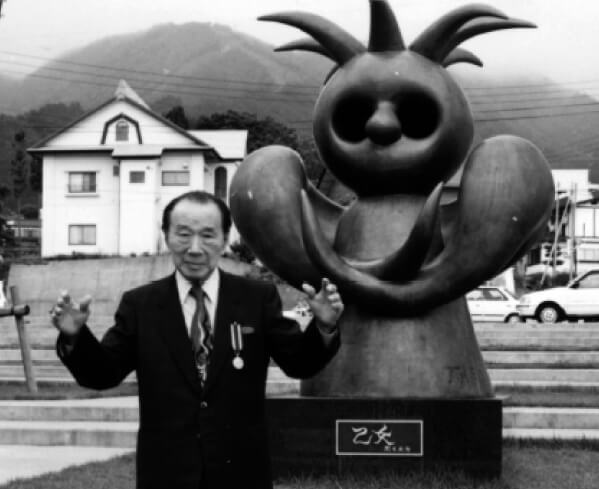 A frequent visitor to Nozawa Onsen was the internationally famous avant-garde artist Taro Okamoto (1911–1996), best known for his giant installation Tower of the Sun (1970) in Osaka. In 1974 Okamoto was commissioned to create a large-scale monument for Nozawa Onsen in celebration of the village being linked with the town of St Anton in Austria. This work resembles his own, former design of the official commemorative medal for the Sapporo Winter Olympics in 1972, and was placed next to a bronze bust of ski professional Hannes Schneider, who brought modern skiing to the village. While attending festivities for the monument’s inauguration, he developed a love for this small, tranquil town and became a regular winter visitor. He enjoyed skiing, the healing effects of the hot spring water, and the Dosojin Fire Festival. In turn, Okamoto was loved by the locals, leading to his nomination as the town’s first honorary citizen in 1991. While strolling through the streets of Nozawa Onsen, Taro Okamoto’s work can be found everywhere. His presence is even evident in the signage for the tourism association, which uses his handwritten character for hot water—湯 (yu)—as a logo, perfectly capturing the town’s hot spring culture. 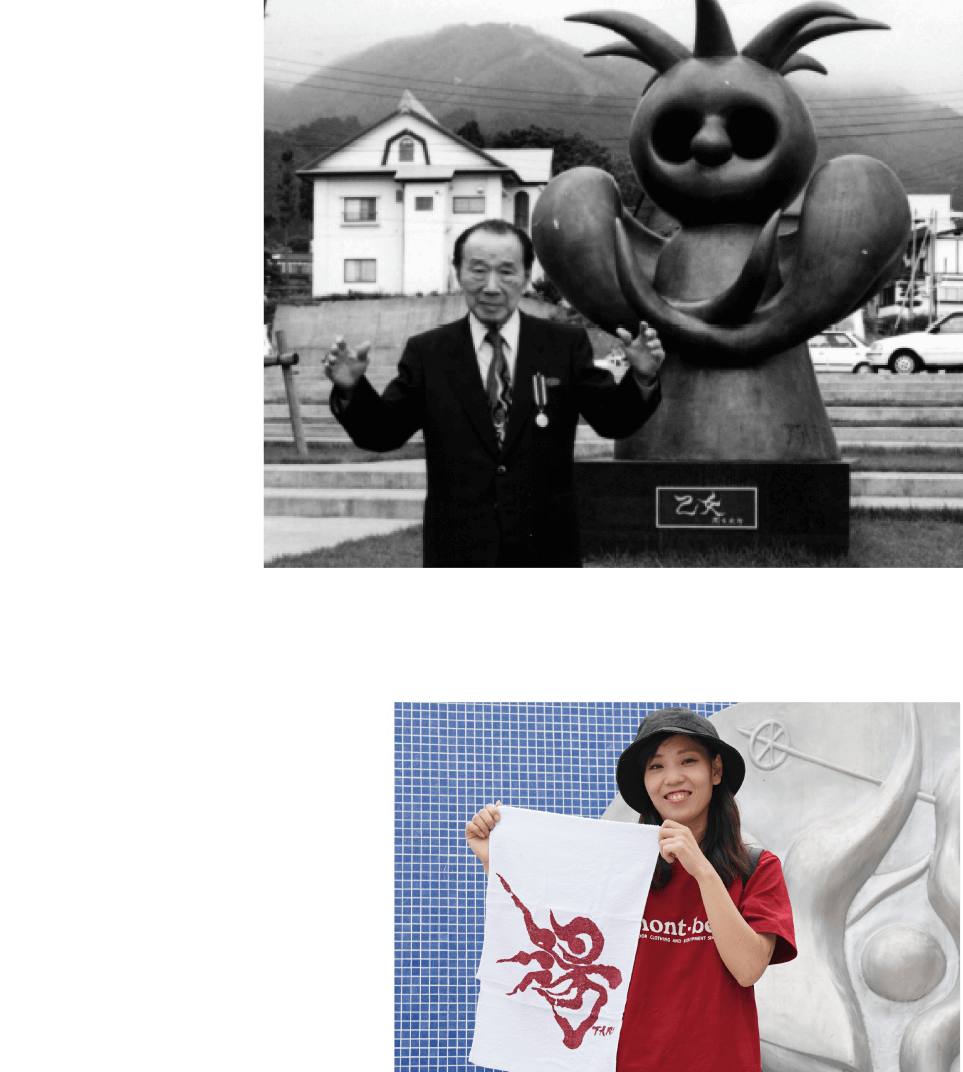